Before I became a Christian, I worked in night-clubs and bars in a part-time job.  After work I would have a Whiskey/Scotch in a short glass. That meant you could only have scotch and it would be at room temperature, which meant it had some kick (Power).

Some in the church don’t feel accepted by faith and they want to work their way into God’s favour. When they feel they are not accepted they add a twist of lemon becoming bitter towards others, as the twist of lemon is the works they have done and then they think they are better. They say some terrible things because they have added to the Word of God and the Gospel of Salvation some regulations of works. I see people in the church, who were baptized in water believing that is what saved them. By adding words and regulation which do not appear in the Word of God it only weighs people down and turns them into bitter people.

God’s faith in us to ask by our faith is the key.

We should ask with repentance for a short glass washed in the blood of Jesus, filled with His Spirit (Power) because, as a Christian that’s the way we drink Him in. No water needed! No works needed! Saved by the blood and ONLY by the blood!

It’s great, “We were saved by the grace of God through the faith of Jesus dying on the Cross, paying for our sins with His blood and then after ALL HE did: we repented, and then and only then do we walked on in life by our faith in Jesus.”

We only bring to our salvation our putrid sins and brokenness.

P.S. I don’t drink any alcohol these days, not since the Holy Spirit came into me.

The challenge for the Church 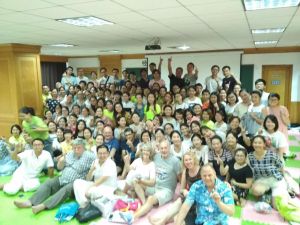 We have to change TO the Word of God!
As a missionary we need to find the Godly elements in a nation/society/people group to make a connection to bring the Gospel and not become like them. If you try to bring your national,social, people culture you will fail because all human cultures are corrupt and imperfect. If you bring God’s true culture you will succeed. You will not need to hold your breath for too long to see the hand of God moving if you stay true to God’s Culture as pertaining to the whole Bible.

With no compromise. It is like saying, “We take no prisoners only volunteers”

This is the challenge for the Church.

Books from our bookshop